Moving from a historical and cultural perspective, this book examines the geo-political and socio-economic changes involving the enlarged Mediterranean. Organised into two main sections, the 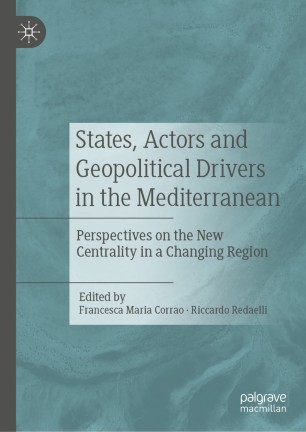 first section (The new centrality of the Mediterranean Basin: Trends and Dynamics) is devoted to the analysis of the most relevant drivers and interdisciplinary broader issues, and the second section (Hotspots of Crisis and Regional Interferences in the Mediterranean) assesses the situation in some areas interested by the waves of uprisings since 2011-12. The book aims to uncover this new, critical centrality of the Mediterranean in the global scenario through the analysis of the interactions and intertwining of those trends and dynamics offering a historical holistic broad view. What follows is an Italian perspective that is the result of the research of a group of scholars who have been working for years on the first-hand sources of the countries examined. A peculiar vision connected not only to its unique geographical position at the center of the basin, but also to its deep relations with the southern shore throughout its long history.

Francesca Maria Corrao is Professor in the Department of Political Science at LUISS University, Italy, and established Master in Politics and Management in Middle East and North Africa. Her work has been previously published in Mediterranan Studies, Arabic Literature & Culture and she is the author of Islam, Religion and Politics (2017), and Le Rivoluzioni Arabe. La transizione Mediterranea (2011).

Riccardo Redaelli is the Director of the Master in Middle Eastern Studies (MIMES) at the Catholic University of the S. Heart, Italy, and Professor of Geopolitics and History of Asia. He has published more than 100 monographs, edited books, essays and articles on the history and contemporary politics of the Middle East.