The Wrecking of the Liberal World Order

The ‘Liberal World Order’ (LWO) is today in crisis. But what explains this crisis? Whereas its critics see it as the 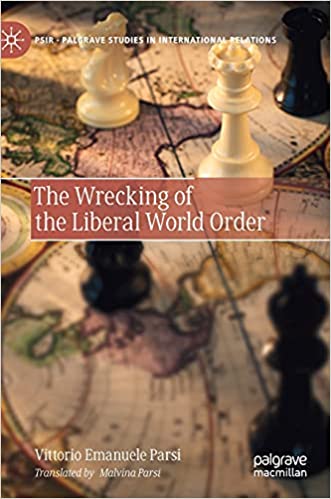 unmasking of Western hypocrisy, its longstanding proponents argue it is under threat by competing illiberal projects. This book takes a different stance: neither internal hypocrisy, nor external attacks explain the decline of the LWO – a deviation from its original lane does. Emerged as a project aiming to harmonize state sovereignty and the market, through the promotion of liberal democracy domestically, and free trade and economic cooperation internationally, the LWO was hijacked in the 1980s: market forces overshadowed democratic forces, thus disfiguring the LWO into a Neoliberal Global Order. The book advocates for a revival of its original intellectual premises, that in the aftermath of World War II marked the zenith of political modernity.