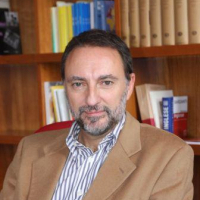 Full Professor of International Relations at the University of Turin and Visiting Professor at Cornell University, USA.
He is a founding member of the Turin World Affairs Institute (T.wai), a member of the Standing Group on Organized Crime of the European Consortium for Political Research and of the Editorial Board of "Global Crime".
Among his main research interests, the theoretical and historical study of war and the spread of non-state actors of violence in the post-bipolar world, with particular regard to transnational organized crime and, lastly, to youth gangs.

Crony capitalism, finanza underground e ruolo del crimine organizzato
The purpose of the module is to analyze the spread in the contemporary world of the so-called "patronage capitalism", initially considered the prerogative of some Southeast Asian countries and now widespread (and studied) in areas ranging from Latin America, to India, to Russia. and to China. In particular, the role that transnational organized crime organizations play within it - and in the adjacent field of underground finance - will be studied, capable of combining the local and global dimensions better than national states are able to do.
In concrete terms, the aim is to delineate the boundaries of an increasingly extensive and complex gray area, which includes crimes such as illicit trafficking and money laundering, and which creates an inextricable network of collusion and corruption. between representatives of the political system, business and the criminal milieu.