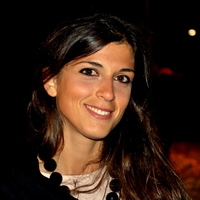 Marina Calculli (PhD) is a lecturer in Middle East Politics at Leiden University. At ASERI, she teaches 'Middle East security' and 'International Relations of the Middle East'. She specialises in political violence and army-society relations with a focus on Lebanon and Syria.

International Relations of the Middle East
The course is intended as an introduction to the International Relations of the Middle East. It provides a general overview of the chief issues of the contemporary Middle Eastern state system, and pays specific attention to the endogenous and exogenous factors that have shaped order and disorder in the region from the early 20th century until the present. The course is divided into three parts. The first part discusses the formation of the inter-state system in the region amidst the collapse of the Ottoman Empire and the expansion of European imperialism. The second part looks at the ways in which the US and the Soviet Union have influenced the definition of the regional order after WWII, and how internal actors have interacted with external powers during the Cold War. The third part examines the Middle East after the Cold War, with a specific focus on the two Gulf wars, the US ‘global war on terror’ and the 2011 Arab uprisings.