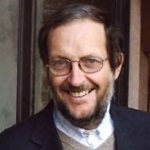 Massimo Campanini was born in Milan in 1954. He graduated in philosophy at the University of Milan in 1977 and in Arabic at the Institute for the Middle and Far East of Milan in 1984. He taught many years history and philosophy in the high schools.

Islamic Philosophy: a Path to God
The general aim of the course is to study how to think in Islam.  Therefore, the first part analyzes the aforementioned dimensions and the main features of Islamic philosophy in general: sources; transmission; Arab and/or Islamic philosophy; and so on. Approaching God and pursuing Its path is the main goal of Islamic philosophy. the second part deals with contemporary Arab and Islamic thought discussing in particular the Pakistani philosopher Muhammad Iqbal and his conception of God as creative dynamism in time. Iqbal was in continuous confrontation with modern science and European thinkers as Einstein and Bergson.