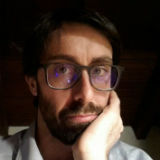 Enrico Fassi (MA; Ph.D.) is Assistant Professor in Political Science/International Relations at the Catholic University in Milan. Previously, he has been Research Fellow at the University of Bologna, researcher at ISPI, Milan, and Lecturer of International Relations and International Political Economy at the Catholic University, Brescia campus. His research focuses on EU democracy promotion, EU neighborhood, NATO and political demography. Among his latest publications are the book L’Unione Europea e la promozione della democrazia (Vita e Pensiero, Milan 2017), and articles in Global Change, Peace and Security, Global Affairs, The International Spectator, Limes.

The EU in the global arena
The course aims to provide students with the conceptual and methodological instruments to understand the challenges and features of the European Union (EU) as an international actor, from a practical and theoretical point of view. Drawing on different International Relations theories, concepts such as “Civilian power” and “Normative Power” will be critically assessed in light of empirical evidence and current developments so as to better grasp the EU’s foreign policy and, more generally, its external dimension. In particular, the EU’s relationships with its neighbourhood, and the scrutiny of EU’s effort to promote democracy and stability in the area, will constitute a special focus of the course. Moreover, the analysis of the management of the “migration crisis” will provide a test piece for Union’s capacity to extend its reach beyond its regional context, as well as its ability to participate in the governance of global issues.