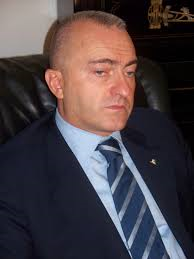 Luca Galantini graduated in Law at the University of Parma.
He is specialized in International Humanitarian Law of Armed Conflicts, obtaining the diploma of Counselor in International Humanitarian Law at the International Humanitarian Law Committee of the Red Cross in Geneva.
He won the public competition for PhD position in European Institutions and Policies at Università Cattolica del Sacro Cuore of Milan.
He carried out work as a law professional, enrolled on the register of Lawyers and Legal Defenders in Cremona
He was Research Fellow at the Scuola Superiore della Pubblica Amministrazione of the Italian Government.
He was Research Fellow at NATO, at the Warsaw Academy of Political Sciences.
He was Adjunct Professor of International Law at the University La Sapienza in Rome.
He was Adjunct Professor of European Political Institutions at Università Cattolica del Sacro Cuore.
He taught, as Visiting Professor, European and International Political Institutions at the University of Turku (Finland), Jagellonica University of Cracow (Poland) and at the University of Mostar (Bosnia-Herzegovina).
He was Executive of the Ministry of Foreign Affairs – Expert Adviser for the European policies – at the Secretariat of the Minister of Foreign Affairs.
He was Legal Adviser of the Prime Minister's Office – Legal Support Staff for European Institutional Reforms – for the drafting of the European Constitution Treaty.
He was Professor of History of Modern Law and Political Institutions at the European University of Rome.
He was Scientific Director of several programs of the European Commission and the Italian government in the Balkans for State-building and integration legislative policies of the former Yugoslavia countries in the EU, with particular reference to the protection of human rights, ethnic and religious minorities, creation of local authorities and prevention of religious radicalism.
He is Adjunct Professor in International Regimes – Institutions and Rules at Università Cattolica del Sacro Cuore.
He is Faculty Member of the Graduate School of Economics and International Relations (ASERI) at Università Cattolica del Sacro Cuore
He is visiting professor of “Negotiating Processes for the Promotion of Cooperation and Human Rights in International Regimes History” at Innopolis University, Kazan, Russia.
Luca Galantini is Official of the Italian Army - Reserve Role - with task of Instructor of International Humanitarian Law and of Armed Conflicts.