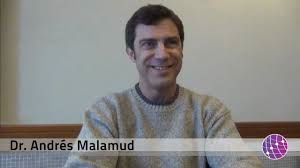 Introduction to Latin American Politics
History and interpretations: Latin America as a “mausoleum of modernities”. From early independence to the delayed consolidation of state apparatuses. Political geography and arrested development. Presidentialism as a regional constant with national nuances. Authoritarianism, democratization and the new political instability. Party politics, populism and the “left turn”. Foreign policy: between ideology and pragmatism. The several waves of regional integration: cases, debates, and prospects.

The Latin American emerging role in world economy and geopolitics
Is Latin America a geographic region, a cultural area, or a geopolitical pole? This course discusses the nature and international standing of a hybrid subcontinent, which combines traits of cultural homogeneity with increasing political and economic divergence. The lectures will focus on three aspects: the political landscape of the region (democratization and breakdown, presidentialism, foreign policy), the evolution of regional integration, and the evolving international relations of Latin American countries (mainly regarding the United States, the European Union, and China).