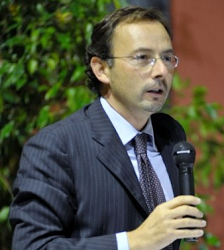 Professor Pasini is also a member of the Board of Professors of the Ph.D. School of "Political studies: Institutions and Public Policies" of the same University.

He is the head of the Health and Welfare branch of the ISMU Foundation in Milan and coordinates the Milan "Ethics and public administration" branch of Politeia.

His research is mainly based on the study of the relationships between the political and the administrative classes, on public policies and social exclusion, on local government, and on the evolution of the Italian political system.

Policy making processes and moral dilemmas: concepts, ethical theories and empirical cases
The course aims to provide the basic conceptual tools of public ethics applied to the analysis of relations between individuals-citizens and institutions, political-administrative phenomena and economic relations. In particular, the course is structured in three related parts:
The first related to the understanding of fundamental concepts, theoretical approaches and tools of public ethics, with particular regard to individual behaviors and collective action, political-administrative phenomena in public institutions and the specific objectives of entrepreneurs taken individually or in associated form.
The second related to the deepening of the relationships between citizens, politics and public administration with respect to the different models existing in western democracies.
The third related to the analysis of the behavior of economic actors in the market and in relations with public institutions, with particular attention to ethical implications.
During the course, to better explain some concepts from the point of view of the implications of substance, some case studies will be proposed where students will practice tackling moral dilemmas on the basis of the roles they assume in the decision-making process. The case studies are related to some policies and we will try to understand the degree of responsibility, strategic interaction, logic of policy making etc. of the actors involved. We will try to answer the following question: is there an impartial point of view for producing good and just public policies? What is the meaning of good and right in the production of public policies?