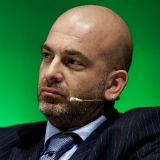 Raul Caruso, educated in Naples (MA), Leuven (Msc) and Milan (PhD), is currently affiliated at the Catholic University of the Sacred Heart where he is serving as adjunct professor of International Economics, Risk Management and Economic Policy. He is editor in chief of Peace Economics, Peace Science and Public Policy (USA) and he is also in the editorial board of Defence and Peace Economics (USA), the Economics of Peace and security Journal (USA), Rivista Internazionale di Scienze Sociali (Italy). He is the executive director of Network of European Peace Scientists and head of the Italian Chapter of Economists for Peace and Security. Since 2009, he organizes the annual Jan Tinbergen European Peace Science Conference. He is also member of the scientific committees of Center for Applied Economics (CSEA) and Center for Higher Education Internazionalization (CHEI) at the Catholic University of the Sacred Heart. He had lectured at MIT, Hiroshima University, Central University of Finance and Economics of Bejing, Warsaw University, Kazakh Humanitarian Law University, and Novosibirsk State University. He is also in the board of directors of World Research and Peace Science Center Inc. in Washington DC. He has been awarded with the Stuart Bremer Award in 2004, with Premio Isimbardi in 2011, with the Emerald Outstanding Author Contribution in 2012 and with Manas Chatterji Award for excellence in Peace Economics and Peace Science in 2014.  In 2013 he has been awarded the qualification of Associate Professor in Economic Policy. His research interests are: Peace Economics, Economic theories of conflict and conflict resolution, Terrorism, international economic sanctions and  International Political Economy.